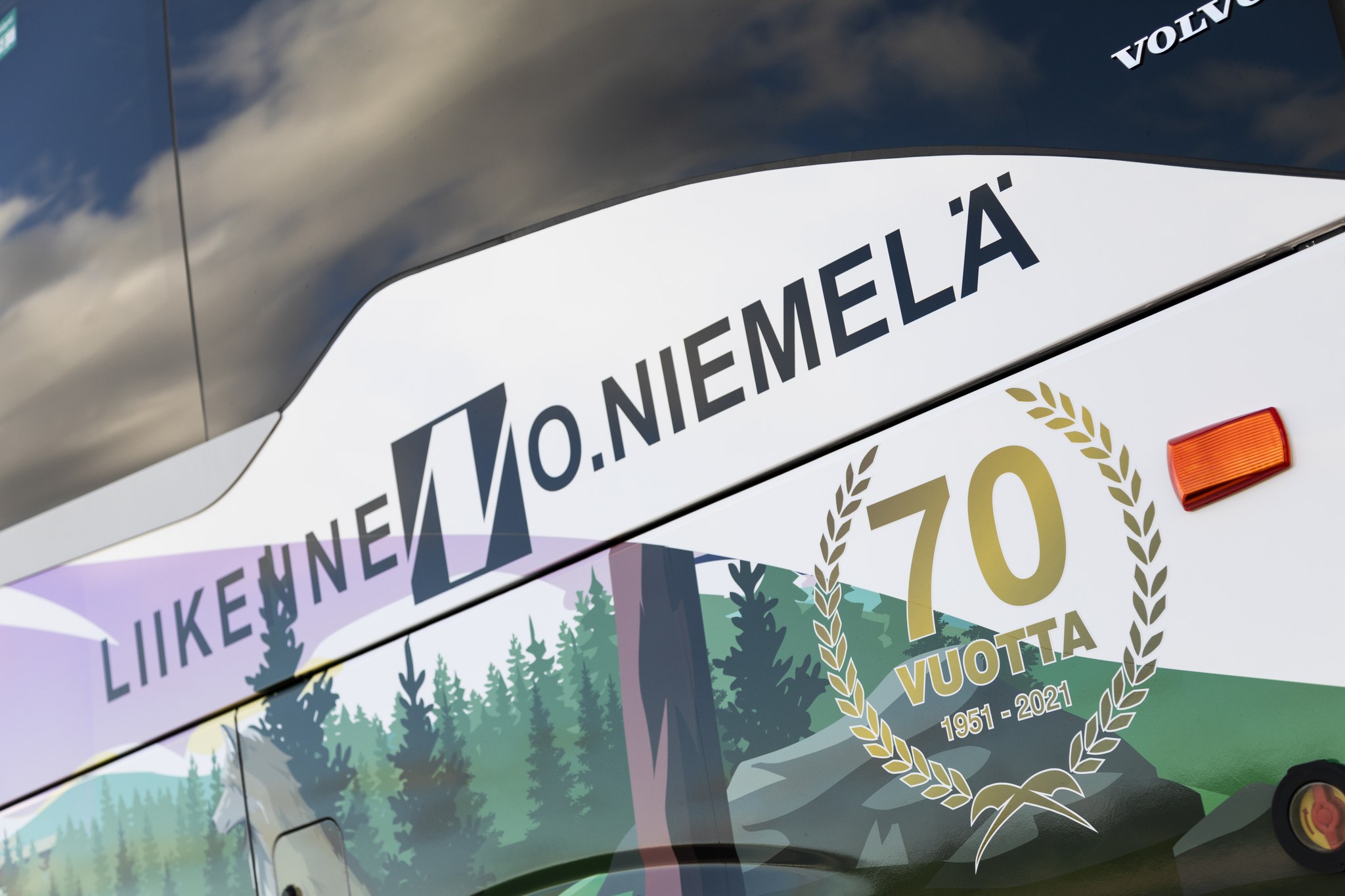 History of the company up to today

Following the end of the Continuation War, son of a farmer from Tervola, Oiva Ilmari Niemelä (1916–2001) started his career as an entrepreneur using a single truck.

The Malmi bus company was purchased by Oiva in 1951, who then initiated bus services between Rovaniemi and Sodankylä.

The service later expanded to Ivalo – a service that is still running today.
Oiva’s wife Helga worked in the company from the very beginning up until her passing away in 1994. She energetically took care of the company’s office tasks and even the logistics when Oiva was out driving. Helga was well liked and respected among the drivers.

Oiva also worked as an earthmoving entrepreneur in the 1950s and 60s. In 1958 the company started using road tankers, an activity it still practices today.

Oiva started charter services in the late 1950s. In the beginning, the trips were mainly to the Lapland region, but already back in the 1960s Oiva started services to Central Europe on a number of consecutive summers. The trips took two to three weeks, making cities such as Paris, Rome and London very familiar places for Oiva.

Since then the Niemelä green charter buses have become well-known in Finland, Lapland and the entire North Calotte region for carrying Finnish and foreign passengers. In the summertime, the bus tours took people on trips lasting a number of days to the ruggedly handsome landscapes of North Norway. Passengers were mainly people from Europe and the Far East. In the wintertime, Lapland, Rovaniemi and its surroundings have been the most important traffic areas for a number of years.

Today’s managing director Esko Niemelä grew up around vehicles, which made his choice of career easy. Proud of the company’s long history, Esko stepped in alongside his father in 1981 as an entrepreneur to continue the company’s over 60-year history.

The company currently has a fleet of 10 modern charter buses.
The subsidiary company Kuljetusliike Pitkänen Oy has 7 tanker vehicles and 1 cargo truck in Kemi.
The entire group employs 25 people.